London, England
Between the Wars

Much of the novel takes place in London, England between the world wars. There are some crime novels set in England between the wars that were published in the last decade, as well as older novels such as the memoir A London Family Between the Wars by M. Vivian Hughes from 1940, shown below. Intervals of Hope uniquely explores the political climate at the time given the Great Depression and the Great War, through the eyes of a boy becoming a man. The main character Nicholas sees the effects of poverty, unemployment, homelessness and a lack of hope on the London population, which groups such as the British Union of Fascists utilized to their own advantage. While struggling to reunite the family, Nicholas works to comprehend his father's heroism in the Great War, and find his own path as a new war begins.

Thorough research was needed for the novel. During the initial research, Christopher Canniff communicated with George Sharp, who provided details of life in London, England in those times. George was a wonderful resource, open to questions and seeming to delight in his own memories of that time. He was living in New Zealand when he passed away.
See http://adplus4.20m.com/catalog.html .

Interviews with British-born Gordon Schottlander also enriched the novel by providing information about life during that time. See the WWII - Gordon's Story tab for details of this amazing veteran's life.

The life and times of 1930s England was also revealed in books such as those shown below: The 1930s Scrapbook, news items from In the News, and Inside Europe by John Gunther. The book Inside Europe, used for research, was the October 1938 edition. That was less than a year before Germany invaded Poland, instigating WWII. The book described the state of Europe just prior to the war, and was therefore a great snapshot of that moment in time.

The author also travelled to London, England and the surrounding areas many times, visiting nearly all of the places described in the novel. 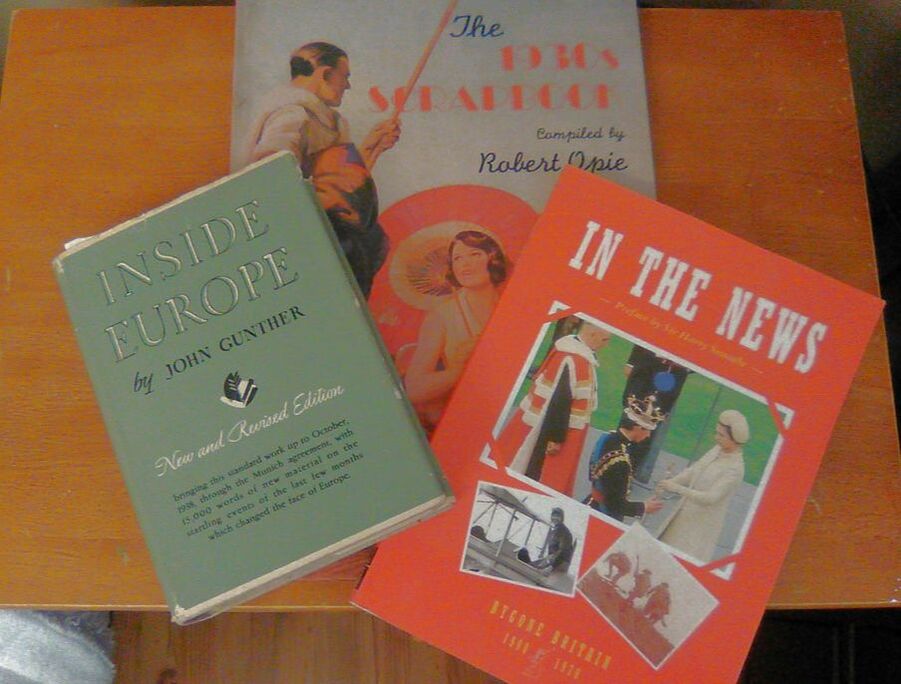 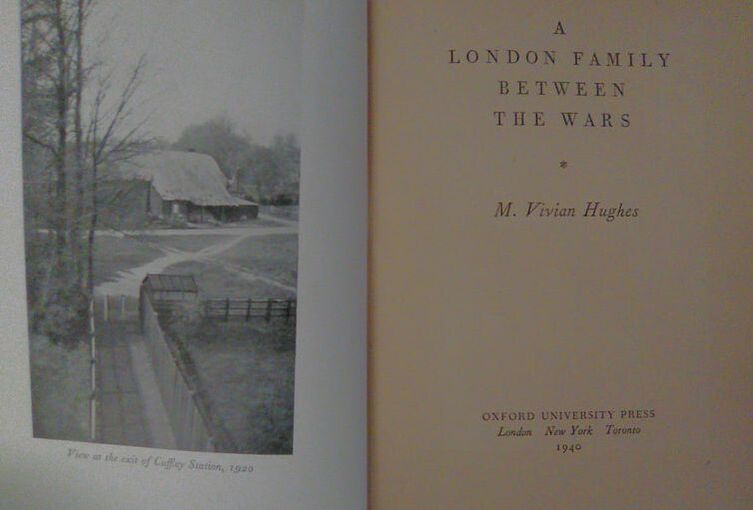