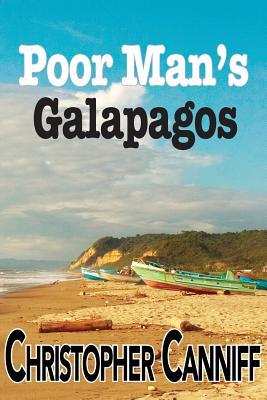 Intervals of Hope by Christopher Canniff was just released on October 1, 2021. So how could there be a sequel? Good question!

The short answer is that Intervals of Hope and Poor Man's Galapagos were originally conceived as a single novel.

David Adams Richards, one of Canada's top writers and Christopher Canniff's writing mentor at the renowned Humber School for Writers, suggested that the original manuscript be split into two novels. It was a good suggestion, given that the original novel was over 420 pages long!

Poor Man's Galapagos explores some of the same themes and is a companion volume, a sequel of sorts in an exotic South American island setting. So if you enjoy Intervals of Hope, consider Poor Man's Galapagos by Christopher Canniff as your next read. Or consider getting the two as a set and read them back to back!


In Poor Man's Galapagos, Tómas Harvey is an engineering student living on a small, impoverished island in Ecuador. He is conscripted into military service in the border war with Peru where he is certain he will die a senseless death. His father, a renowned British travel writer, is accused of embezzling government funds and suddenly leaves the island. While searching for answers, Tómas embarks on a journey of discovery that may lead him closer to his father and to his biological mother who abandoned him at birth, and away from his home country for the first time in his life…

The novel explores how duty shapes a family over generations, the struggle for self-discovery, and how the abandonment of selfish obligations in favour of altruism can lead to a renewed faith in humanity, and ultimately, in ourselves.

Where to buy the book:
https://bluedenimpress.com/books/poor-mans-galapagos/
In Canada
In the USA
In the UK
Or, alternately in the UK
Also available worldwide wherever fine books are sold.