Eighty-five letters were sent home during WWI by the author’s great-grandfather, Wilfrid Littlejohn. These letters were discovered recently in a family attic, and form part of the novel. Wilfrid was in E Company, 1st Battalion, 1st Brigade and was one of the first Canadians to be sent overseas and among the last to return. He was one of 70 out of 1000 men in his regiment to have survived. 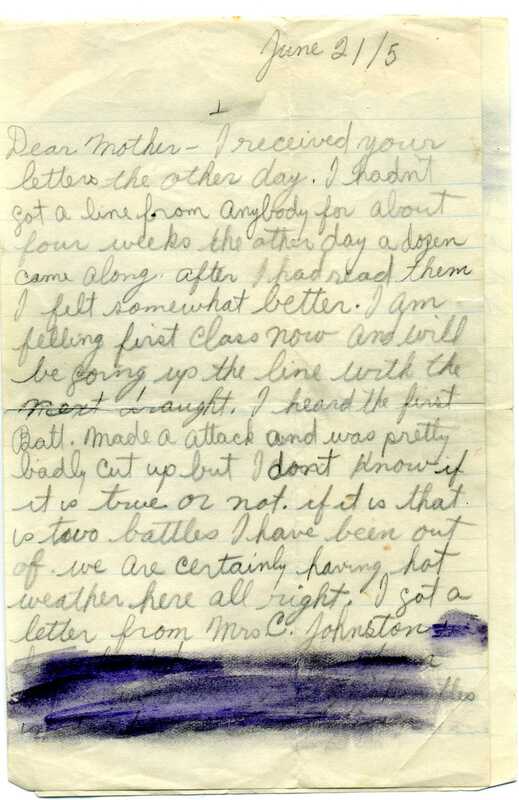 A letter to Wilfrid's mother dated June 2, 1915 that was censored, perhaps describing details of a battle Wilfrid was in. Letters were censored during WWI to prevent the enemy from obtaining secret information. 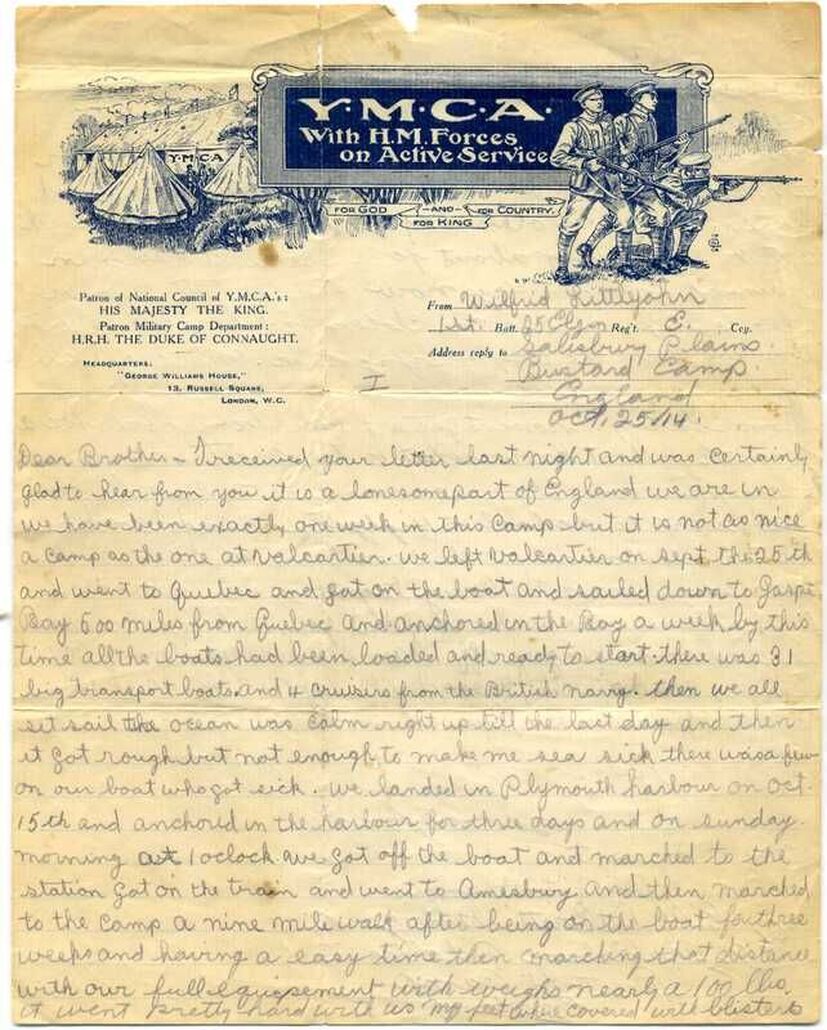 A letter to Wilfrid's brother dated October 25, 1914, just after Wilfrid arrived in England with the First Contingent, the 1st Canadian Division. 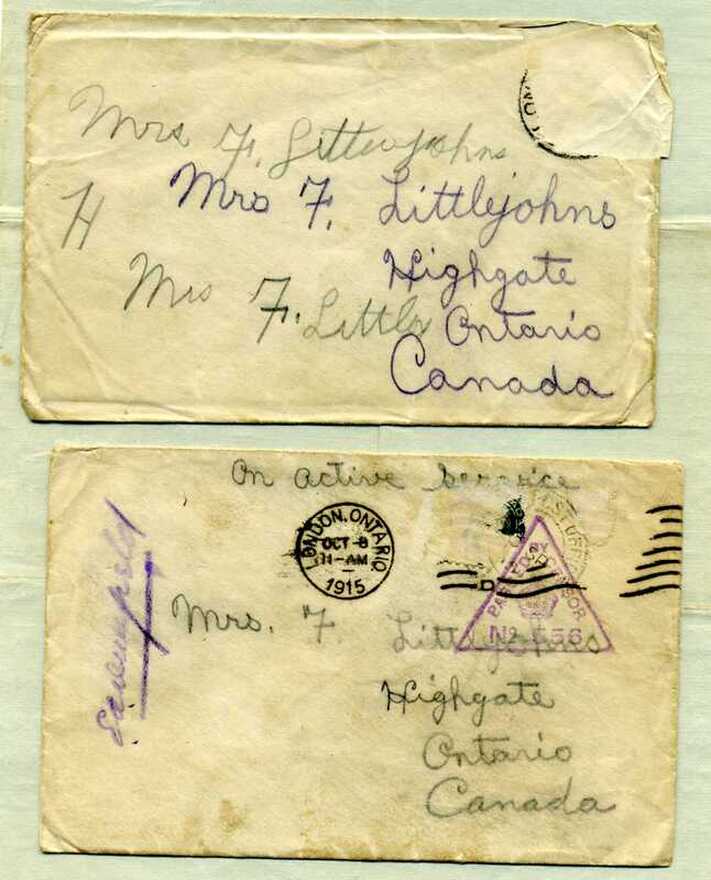